In August 2018, I acquired Sun’s version of the upgrade board – third parties, such as DataRAM, also made their own. The board I purchased is Sun part number X132W and included only the base SBus board. This base board contains 32 MB of RAM, to get the full 64 MB possible, the board must have a mezzanine installed on it. The purchased board included neither the mezzanine nor the special cable that connects the SBus card to the motherboard. First task was to make a new cable: 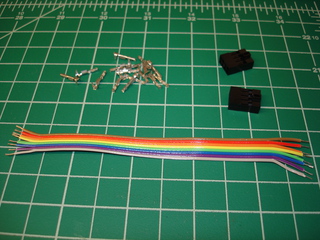 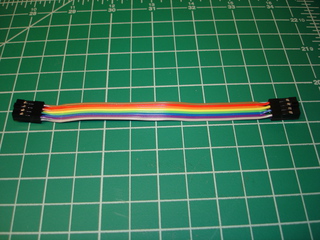 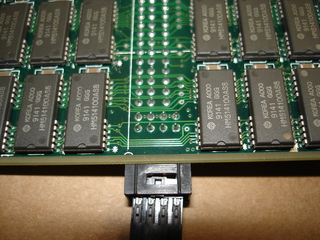 This isn’t ideal, especially with the SPARCstation IPX: the Mini-PV connector sticks out too far when used in the SBus slot closest to the speaker, and would be broken off if the two halves of the IPX were closed fully! I may eventually lay out a flex PCB and run it with OSH Park’s flex service. The original cable would have been a flex PCB.

With the cable made up, it was time to install and test the board: 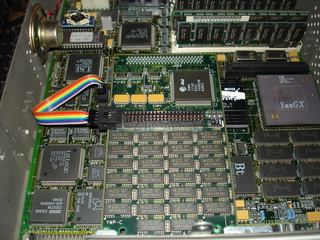 A Weitek SPARC POWERuP processor upgrade can be seen peeking out from the right side of the SBus RAM upgrade – this little SPARCstation IPX is pretty much at maximum configuration! One of our GW-48T02-1 NVRAM rebuilds can be seen in the front of the case, too. Time to see if the RAM expansion works: 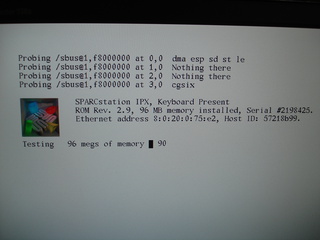 Success! Looks like the ribbon cable works fine. The extra RAM certainly helps with NetBSD/sparc, which is somewhat more memory-hungry than SunOS 4. I have since acquired one of the RAM mezzanines, which I have not installed yet, and may do a reproduction since it’s basically just DRAM and interconnect.

So what can you use this header for, aside from RAM upgrades? Well, obsolyte used it for a RAM activity indicator!